Our deltaship dropped into atmosphere, engine shrilling into a scream as the air thickened. At ninety thousand feet, Jim and I leapt into icy air, leaving the deltaship’s warm fuselage above us. Oxygen systems whispering, we plummeted. The lights of Occupied France glittered like diamonds on black velvet.

I sub-vocalized, and my implants converted lip movements to words. “Jim, where are you?”

His reply sounded crisp in my head. “Right behind you.”

Splayed out on the uprushing air, I moved my fingertips and spun. He drifted into view. I moved sixty degrees off a shared center point, into our traditional triangle position.

“You wanna use the right drop formation?”

Heat crept along my neck, but I moved until we were head-to-head, falling through night. Daphne was supposed to occupy the third point.

“I miss her too, buddy.” Jim’s voice softened my oversight.

Moonlight spilled silver across France, from the dark Pyrenees to the rocky coasts limning the English Channel. Although the Germans demanded complete blackout, several lights winked at us anyway, bright sentinels of anarchy.

Somewhere, in the soft darkness beneath us, the Newets conspired to change our history and, by extension, our future. We intended to stop them.

Almost too late, I deployed my webcloth chute. We glided to perfectly silent landings between dark rows of trees, stripped off our chutes, then sprayed them with solvent. They dissolved into sticky puddles of goo that the first rains would wash away.

I’d joined the Time Corps with the best of intentions: repel the Newets, save humanity, and make the world free of alien intervention. Any justification to kill had been fine with me, because death wasn’t real to me back then. A vivid memory of Daphne’s body, twisted and broken, flashed in my mind. Death was forever, I now knew.

I followed Jim to the back of a barn, its rough-hewn planks visible in the stark moonlight. Somewhere, across the vast Atlantic, my great-great grandparents slept, unaware of my presence in France.

The sun was due to rise in an hour. We crept along the barn’s exterior. I let my fingers trail along the rough-splintered wood. Inside, I knew, Newets slept.

A black shadow loomed beneath a tree. A plaintive bellow erupted as the Newet on guard stepped into a pool of fading moonlight. It unfolded its manipulating arms from within their protective sheaths alongside its inner front legs, and it aimed a beam rifle at us.

“Shit,” mumbled Jim. He dove to the ground.

I dropped to one knee, dialed my weapon to single-shard and centered the red dot on the Newet’s forehead.

The Newet fired and a beam lanced out, hitting the broad side of the barn, narrowly missing Jim. A smell of lightning filled the air.

I pulled my trigger and a shard struck the Newet. It crashed to the ground, shaking the leaves on a nearby tree.

“Jim, hurry!” I tossed him two stickynades. Inside the barn, I heard movement.

We sprinted to opposite ends of the barn.

Two doors stood at either end, each wide enough to allow two Newets to exit at the same time. I attached two stickynades on each doorway, aiming the blast patterns in and down. We moved back a hundred meters, each covering our respective doors. Jim triggered a flash-bang and threw it against the barn. A bright, actinic glare split the night.

A mighty lowing sounded and the doors burst open. Newets stumbled out, eyes rolling in panic. I put a shard through the lead Newet’s skull. Jim activated all four stickynades and they blew, shredding the Newets as they shouldered through the doors. Warm blood splashed the new boards and the air grew thick and still. I approached slowly, counting the bodies.

His green dot flickered and turned red. His O2 levels ticked downward. He was bleeding badly. A cold fist rammed my gut.

“Jim!” I ran the length of the barn, skidding to a halt at the corner.

“Stop,” his voice came to me, weakly. He was conscious. Maybe his injuries were light. “There’s one more in the barn, inside the doorway. He’s waiting for you.”

I scrabbled in my pack for another stickynade, but only found a flashbang. “Which side of the door? Which side?”

“East.” Jim’s weak voice floated across the night like a spiderweb.

I set the flashbang’s delay for one second, swung around the corner, and hurled it into the darkness between the open doors. It blew, and a horrible bellowing erupted inside the barn. I leapt through the doorway, firing my mag rifle, my finger locked hard on the trigger. Shard after shard pounded into the lone Newet, whose beam rifle fell to the ground. Its manipulating arms were unsheathed and its babylike hands scrabbled in the dirt, clutching at nothing.

Visions of Daphne’s body in the Carthaginian rubble taunted me, and it didn’t matter that this particular Newet had nothing to do with her death. I emptied the clip into the Newet’s steaming carcass. Spent, I collapsed to my knees, finding it hard to breathe. My heart hammered.

I ran outside to check his condition.

He chuckled at his own joke, then coughed, blood bubbling from his mouth. I cut his g-suit apart. A blue-black hole, the edges oozing, had been punched through his chest. I pulled out my aidkit and slapped gel into the open wound, then injected him with plasma builder. He grasped my arm.

Jim coughed again, then closed his eyes. “Damn Newet waited until I was framed in the doorway. I saw him too late. Rookie mistake.”

“Dumb of you.” My voice came out more ragged than I intended.

He gave me a bloody smile. “Hey,” he whispered. “I didn’t know you cared that much.”

I clenched my jaw, watching his oxygen numbers drop.

I was in complete agreement.

His body crumpled like a deflating beach ball. Somebody, maybe me, screamed. The moonlit sky swung around and everything went black.

Michelle, another Time Corps soldier, found me and took me to her home. I slept for five hours, then crawled out of her guest room bed, feeling broken inside. While I had slept, she buried Jim’s body in an orchard.

She took me to where the Newets had died the night before. I hunted through the rubble, looking for something new. I’d toured empty Newet nests before, and they were always the same. We spent the better part of the morning cleaning up, washing the blood away, and dismantling the carcasses. We dug a pit in one of the fields, then used a tractor to drag the bodies to it. They looked forlorn in the pit, dusted like pastries, covered in white dissolution powder.

When we finished burying the Newets, I activated my implants and requested extraction for the following morning, transmitting while Michelle and I walked to some pear trees. Confirmation came as we approached the orchard.

Under an old pear tree, branches black and gnarled, a pile of freshly turned dirt covered Jim. My jaw muscles locked up again and my eyes stung. I groped for Michelle and buried my head in her neck. Her scent, like clean linen on a spring day, filled my nose. She clutched me, her strong arms holding me solid against the emotions tearing through me. My body heaved with silent sobs and she kept me upright, not saying a word, until they subsided.

We walked back to the farmhouse. She stayed beside me, her eyes forward, not saying anything.

I went to take a nap, thoughts swirling. I needed time to reconsider my choices, to breathe a bit. Outside the Corps, somewhere, I was sure that a simpler life existed. The French countryside beckoned with simple loveliness. I could run away, I thought. Strip out the implants, wear these peasant clothes, and simply abandon the entire thing. I wasn’t vital to the war; thousands of others fought as well, including Michelle. Each had a part to play, a purpose in the fight. My eyelids grew heavy and I drifted off, thinking about slow-moving waters and rustic fields.

That night, she made steak sandwiches, thick slabs of red meat, grilled perfectly with home-grown onions, on fresh bread, the smells filling her little kitchen. After, I smoked a cigarette and we talked, swapping stories about fighting the Newets, comparing notes about basic training. We drank two bottles of wine, and, when it came time for bed, she asked me to spend the night with her. I shook my head and stumbled to the guest room, locking the door behind me.

A bit later, I heard soft footsteps approach, and the doorknob turned slightly. I stared at the ceiling, in the dark, wishing that she’d just go away. In my mind, all I could see was Daphne’s bloody face.

Eventually, Michelle went back to her bedroom.

I awoke the next morning to harsh sunlight filling the room. I dressed in my black g-suit, then stepped off the porch, the steel-clean air fresh and biting in my lungs. The turmoil of yesterday’s emotional outburst seemed distant and irrelevant. Above, sharp-edged clouds glowed against the sky. I signaled readiness and my internal countdown clock set itself to seven minutes. I deployed the antigrav unit, its limp shock cord trailing to a simple black box.

Michelle banged open the farm door, wearing a long nightgown, and ran to me, her bare feet whisking through the dew-misted grass. She held a bottle of wine in her hands, and she stopped in front of me, thrusting it at me.

“Here.” Her eyes searched my face. “This is a goodbye gift. It’s a nineteen-thirty-five Bourdeaux.”

Hesitant, I took it from her. She put her hands on her hips and set her jaw.

“Michelle,” I began, trying to explain, but she shook her head.

The black box beeped and rose from the grass to the length of its shock cord. A minute left.

Thoughts of coming back ran through my mind: the clean country air, the smell of freshly turned earth, and the green of new seedlings.

I knew it was no good for me, and I made my face vacant. “Thanks for the wine. And thanks for helping with Jim.”

She stared at me, searching for something, and finally shrugged her shoulders. “C’est la vie.”

There was nothing left to say.

The antigrav unit lifted me off the ground. I rose, at first slowly, then with increasing speed. Her body dwindled beneath me until she became a dot, lost in the Bordeaux landscape.

Out of the west, cruising slowly, a deltaship sliced a clean line through the bright sky. It snagged the shock cord high above me and reeled me in, accelerating when I got into the fuselage.

Safely snugged into a flight harness, I opened the bottle. The first mouthful exploded on my tongue. Rich earth, a tang of grapes, yeast from warm, fresh bread, the scent of country roses, all blended into a bouquet of flavor. I passed the bottle forward to the pilot, who nodded his thanks.

As the sky outside the deltaship faded from blue to black, the long, languorous curve of Earth’s horizon grew visible.

My home. A place worth fighting for.

I wondered, then, exactly where Michelle had gotten the steak.

The black deltaship split time and space, and we vanished. 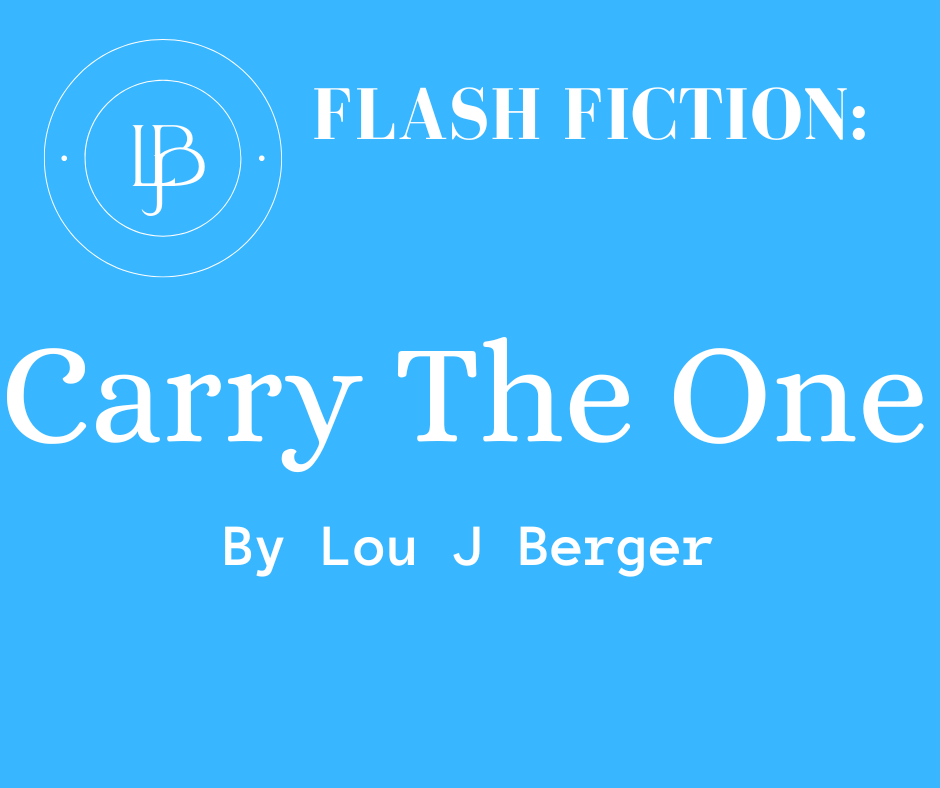 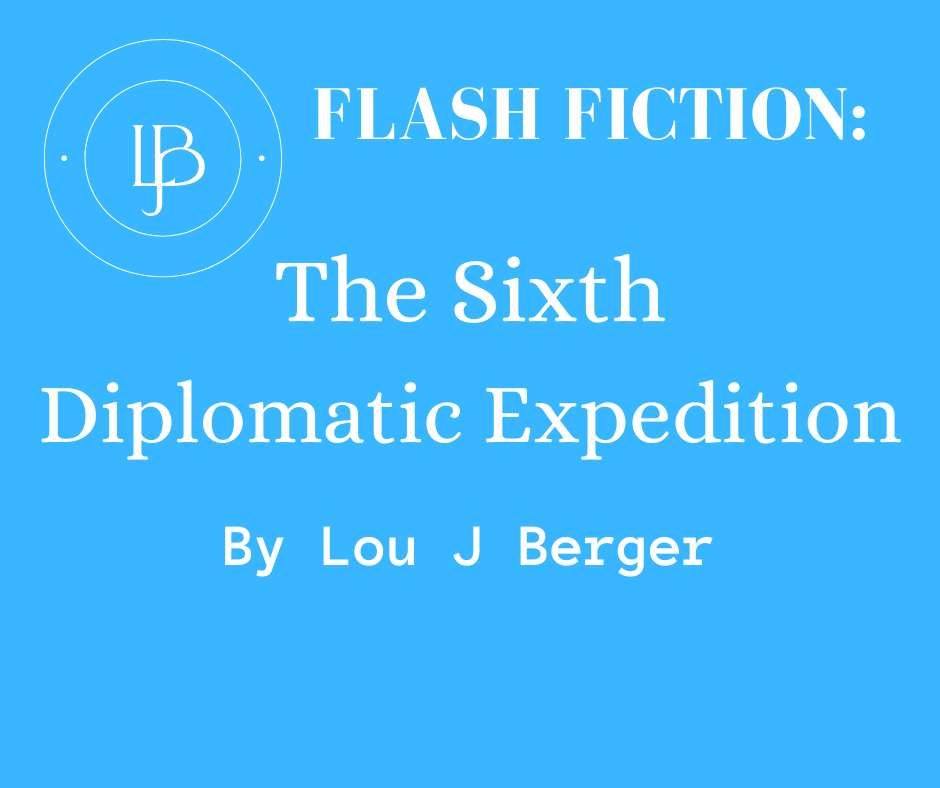